What is Site Reliability Engineering? 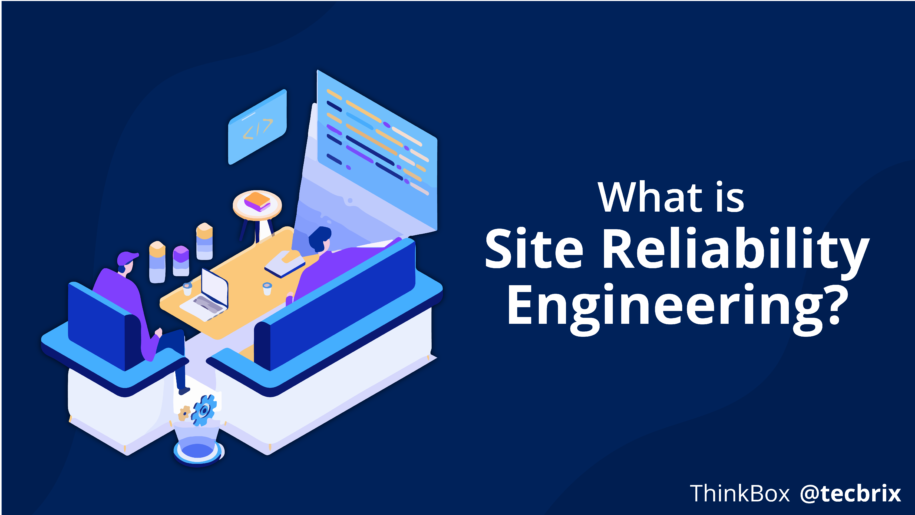 Posted by salmansid on December 2, 2022 | Featured

In 2003, Site Reliability Engineering, or SRE, came into being at Google’s headquarters before DevOps culture was introduced. The birth of Site Reliability Engineering was a direct result of developers’ efforts trying to turn Google’s enterprise-grade framework & web existence into more trustworthy, seamless, and flexible. The approach implemented by Google set a new performance benchmark, and other tech giants like Netflix & Amazon followed this new trend to improve their digital presence.

This blog post will help you discover what is site reliability engineering and how it supports key areas of digital technology around the globe. Let’s discuss this in more detail.

What is Site Reliability Engineering?

Site reliability engineering is where experts use different software tools to streamline IT workflows and entire infrastructures. These workflows also include infrastructure management & application monitoring. IT companies leverage SRE to ensure that the applications they are developing remain up to the benchmark despite continuous changes made by developers throughout the SDLC. Site Reliability Engineering also helps in improving the performance of scalable infrastructures. Because manipulating an enormous framework with automated workflows is more efficient and effective than the manual approach.

Why is Site Reliability Engineering Important?

Site reliability plays a vital role in determining the performance and scalability of application offers after delivery or deployment. Poor maintenance routines sometimes compromise the application’s performance and reliability by leaving some critical issues undetected. For instance, if a particular developers team implements some new changes to the application at any phase, they might remain unaware of the advert effect they created for the entire application by changing a particular module. This is where SRE comes into the frame to resolve such micro-errors.

Below are some significant perks offered by Site Reliability Engineering (SRE).

SRE enhances the collaboration among different development & operations teams. Development teams must make frequent and instant changes or updates to underdeveloped software to integrate new features or eliminate existing errors. Whereas, the operations team has to ensure the continuity of operations for hassle-free and timely delivery of products to the customer. The operations team can leverage SRE methodologies to critically monitor and evaluate every upgrade or change made to the application or software.

More and more companies are opting for SRE to ensure the delivery of error-free applications or software to their customers for better CX. For instance, software developers use SRE methodologies to streamline different repetitive workflows of SDLC. It helps in reducing errors or potential roadblocks and helps development teams prioritize their tasks for a more efficient project lifecycle.

The SRE teams recognize the fact that there must be some probability of software going wrong or worst crashing. Hence, the team formulates a roadmap for disaster management and risk mitigation to limit the impact of any potential error client’s business. They can evaluate the estimated cost of potential downtime and assess the impact of any such event on the routine operations of the client’s business.

What does a Site Reliability Engineer do?

A Site Reliability Engineer or Expert has prior experience working as a system administrator and software developer with a rich knowledge of IT workflows and projects.

SRE professionals are associated with determining the roadmap of how code is being deployed (continuous deployment), configured, & monitored. The role also involves ensuring the durability, reliability, management, risk management, and capacity generation for underdeveloped services.

SRE teams also decide on the integration of new utilities or features via service-level agreements (SLAs) and set reliability benchmarks as promised to the client in service-level indicators (SLI) as well as service-level objectives (SLO).

An SLI is intended to showcase the particular aspects of service levels being offered. It includes reliability, durability, probability of failure, and system performance. Whereas an SLO reflects the targeted value or benchmark for a service under question. An SLO for the particular application or software also articulates its reliability with respect to the acceptable downtime discussed with all the stakeholders. This predefined or prediscussed downtime is known as the error budget. An error budget is the maximum tolerable threshold for errors, bugs, or system fragility.

The developers employ automated workflows to evaluate the system’s reliability.

Site Reliability Engineers segment their work hours into two main tasks – Operations and project work. In some of the best SRE approaches adopted by Google, SRE experts are allowed to invest only half of their time in operations—and strictly abide by this limit. At the same time, the rest of their time is invested in development, such as new features, application scalability, and automation.

Automation is the primary component of the SRE job role. If SRE experts are facing an iterative occurrence of the same problem, they try to automate their workflow to handle such problems.

Keeping a fine-tuned equilibrium between operations and development tasks is the primary aspect of SRE’s duty.

Differences between SRE and DevOps

If you ask someone about what is Site Reliability Engineering or they start telling you about DevOps practices, do not get confused. Both SRE & DevOps serves the same purpose of increasing collaboration and breaking silos between development and operations teams.

The only difference is that DevOps is cultural that involves a set of principles and practices for the routine of the development and operations team. In comparison, SRE is associated with a more practical and factual approach that actually gives a practical identity to DevOps culture.

The aforementioned platforms promise the delivery of the following features and benefits: