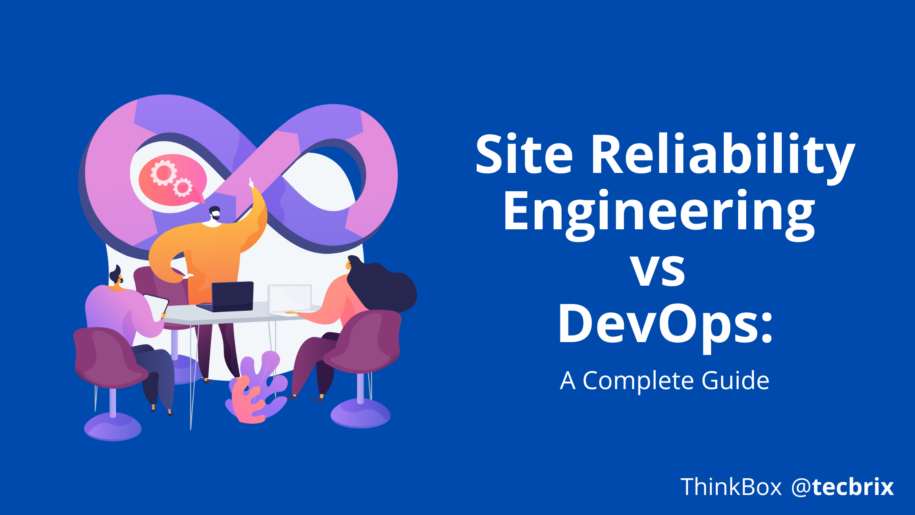 Modern and agile software development is taking over the globe with the increased dependence of the world on digital technologies. Modern development and operational practices have been introduced to make sure that all the evolving challenges are addressed perfectly and that our applications are readily available whenever required. Similarly, the debut of DevOps & Site Reliability Engineering cultures has taken over this domain in the last decade.

DevOps is more of a culture objected at ensuring the rapid development and delivery of reliable and secure applications or software. DevOps has formed after an overlapping of the Agile Software Development model with the Enterprise Management System (EMS) approach.

In the early periods, development and operations teams used to work in isolation, which resulted in the form of slow-paced development and compromised deployment practices. To resolve this issue, the DevOps framework was introduced to ensure rich synchronization and collaboration among all the active stakeholders of the SDLC to set up a more efficient development framework for the instant deployment & delivery of high-end applications or systems.

By ensuring strong communication & rich collaboration among different teams that mainly include the development and operations teams, DevOps also ensures:

What is Site reliability engineering (SRE)?

SRE offers a distinctive approach by integrating different key areas of SDLC in IT operations.

SRE was first introduced in 2003 to develop IT frameworks that address the requirements of enterprise-grade applications or systems. After SRE, the entire IT framework was chunked into fundamental segments that can be aligned and scaled with modern SDLC approaches. It allows experts to leverage automation and resolve their pain points linked with handling complex applications during the production phase.

In general, it is necessary to consider the following differences between Site Reliability Engineering vs DevOps before taking one distinct side:

Key Concept – SRE was introduced with a much narrow and directed focus on creating a set of rules and roadmap that enables enhanced collaboration & delivery of the system. On the contrary, DevOps is the culture that possesses the necessary guidelines and terms necessary to enable collaboration and synchronization among isolated teams.

Objective – In general, SRE & DevOps are intended to fill the void between development & operation teams. SRE offers some definite ways of acquiring reliability. Whereas DevOps gives a roadmap that directs and outlines the ways necessary to enforce collaboration.

Focus – SRE primarily aims at improving software or application availability & reliability. On the other hand, DevOps aims at the development & delivery pace while ensuring the continuity of operations throughout the SDLC.

System efficiency & reliability are two different areas with some overlapping and correlated aspects. There is a rich dependence and connection between agile and robust applications. Below is the breakdown of problems that are meant to be dealt with by either SRE or DevOps depending upon the nature and scale.

What Problems Do DevOps Teams Solve?

System efficiency has a much broader scope. For instance, if we read a particular DevOps role requirement, it appears like the employer is asking for an entire IT firm as a single person. The reason is the capability of DevOps teams to dodge and curb potential roadblocks across the entire SDLC by ensuring automation and collaboration. The agile development model offered by the DevOps culture is intended to deploy and deliver applications in a faster and hassle-free manner.

What Problems Do SREs Solve?

Site Reliability Engineering experts aim at security, reliability, durability, and availability to curb unexpected problems in the SDLC. A fundamental idea is that SREs are called for assistance during an event of deadlock or downtime to suggest and implement resolutions. Therefore, an important aspect of SRE’s role is to counter such incidents.

By eliminating some of the irrelevant load during the scalability and maintenance of distributed applications, SREs enable development experts to remain busy in their prime role which is development instead of dealing with the challenges of maintenance and regulations of SLAs.

Site Reliability Engineering vs DevOps – Which one is better?

SRE & DevOps can be perceived as prime resources of SDLC. Developing high-end and complex software at scale demands expertise to curb potential problems and dodge anomalies. DevOps experts, SREs, and other professionals are categorized as specialized support to ensure faster delivery, rich collaboration, and hassle-free development as well as deployment.

In the last 4 to 5 years, the greater number of organizations that leveraged DevOps, 50% of them have already opted for SRE to improve the reliability of operations and entire deliverable. One primary reason is the capability of SRE rules and culture to enhance transparency and full control of evolving applications driven by automation.

In the debate around Site Reliability Engineering vs DevOps, the utmost objective of both approaches is to boost the immunity and performance of IT development and operations. That is the improvement in the entire development lifecycle via DevOps and operations control via SRE.