What is Virtualization in Cloud Computing? A Guide 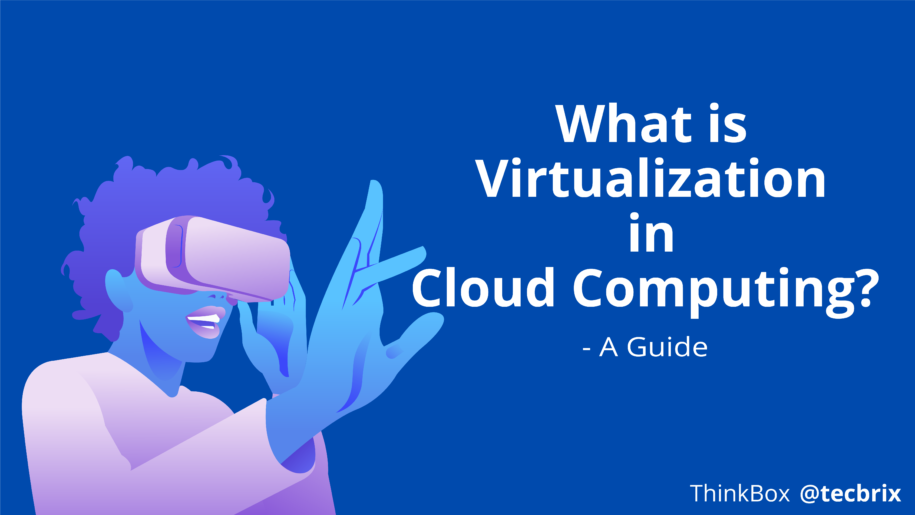 Virtualization is the use of software to create and manage virtual machines. In Cloud Computing, this technology refers to the ability to run virtual computers on the Cloud rather than physical hardware.

It allows users to access applications and data from any location with Internet connectivity without investing in hardware or software maintenance costs or IT support services.

This guide will help you understand how Virtualization works in the context of Cloud Computing.

Virtualization technology was developed to allow more than one operating system to share the same set of hardware resources.

The first implementation of this concept was with IBM’s VM (virtual machine) product, which became available in 1972.

VM created a system which allowed a user to run multiple OSs on one physical machine; it enabled the user to have an OS installation available for any need without ever having to worry about running out of disk space.

Virtualization, a core component of cloud computing, allows for efficient computing resources. It creates virtual copies of the operating system and other software necessary to run an application.

Virtualization in cloud computing can be defined as a process of abstracting one physical computer to create many logical ones, which are usually called Virtual Machines.

The Role of Virtualization in Cloud Computing

Virtualization in Cloud Computing aims to improve the utilization of the cloud infrastructure. However, it also opens a whole new set of possibilities in IT operations because it separates operating systems from the physical servers they run on.

You can have your Windows application running on Linux, or vice versa with no code changes required. With Virtualization in Cloud Computing you can deploy and scale out/in as needed. This is not a concern for many applications like Web Services or Mobile Applications, such as iOS Apps or Android Apps development, since they don’t use much computing power, storage space or network bandwidth.

When these apps are deployed into the Cloud via Virtualization in Cloud Computing, performance becomes an issue.

There are many types of virtualization.  Some popular examples include hardware, software, storage, data and desktop.

Computers use hardware for data processing, so computers with less powerful CPUs can execute programs designed for more powerful CPUs.

Hardware virtualization divides a physical computer system into multiple virtual systems, each running its operating system and sharing the physical resources with other systems via a specially configured hypervisor.

There are many advantages of moving your data to the Cloud. Software virtualization is one of these advantages that help people have a better experience while working remotely.

You can access the software as if it were on your hard drive without installing it or giving it any privileges. Virtual machines take up space on your hard drive, making it much easier to install and update without worrying about them affecting other programs or hardware drivers.

One of the critical components of cloud computing is the concept of storage virtualization. Storage virtualization, or virtual disk mapping, helps to merge disparate data systems and allows different operating systems to share data through a single disk.

For example, consider a situation where a company that runs on Windows Server needs to migrate its server hosting operations from physical machines running on their dedicated infrastructure to the cloud.

With Storage Virtualization, they could add Linux (or other) operating system instances as tenants of their virtualized storage instance, all still sharing access to the same physical disks used by Windows Server, which then runs within their hypervisor management console.

Memory virtualization, also called RAM deduplication, allows a single copy of data to be stored in the computer’s RAM and quickly accessed by applications.

For example, if an application accesses or changes data 1 million times, only one instance of that data must exist in memory.

Additionally, no matter how many times that application accesses or changes the same piece of data over time (1 million times), it will always see it as though it is changing or accessing new information because the system never sees the same instance twice.

A way to simplify the collection, integration, and analysis of information from various sources by using software makes it possible for databases that hold different types of data to be searched simultaneously.

Data Virtualization makes it possible for all data types and formats, from databases, spreadsheets, images and text files to video files, sound files or legacy systems like SAP or PeopleSoft.

It can also access Web-based data stores, private clouds and other remote storage locations and because you are not moving the physical bits of your data around often, this Virtualization may save time and money on network bandwidth costs while making the process more efficient.

Desktop Virtualization takes the contents of a user’s computer hard drive and simulates them as software on a different device.

Instead of running Windows on your PC, you could run it on your laptop or phone or use Microsoft’s Azure platform on any device!

With the help of a VDI client such as Citrix HDX or VMware Horizon Mobile VDA, data from the enterprise can be securely accessed from virtually anywhere by authorized employees. It also means that users can enjoy full desktop performance on a mobile device.

The best part about desktop virtualization is that it is not only beneficial for mobile devices but laptops too!

By accessing your laptop remotely through remote desktop technology, IT managers no longer have to worry about lost devices or faulty hard drives while reducing power consumption and costs due to hardware upgrades.

Benefits of Virtualization in Cloud Computing

Virtualization in cloud computing allows one server to host multiple computing environments. These environments, also known as guest systems, can be images of an operating system or applications running on the same physical machine.

In theory, any number of different operating systems and configurations can exist on a single physical server which conserves power, data storage space and bandwidth by compartmentalizing memory and resources to their desired use.

This all may sound a little complicated at first, but really it is not so bad once you get the basics down.